What You Should Know About the Williams Rule?

You are here:
Criminal LawEvidenceFederal Investigation 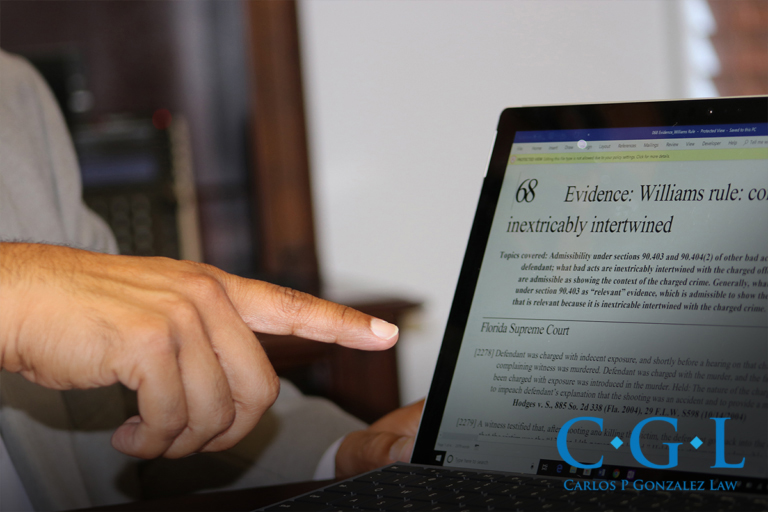 The Williams Rule is based on the Florida state case of Williams vs. Florida. The legal outcome determined “relevant evidence of collateral crimes is admissible at jury trial when it does not go to prove the ‘bad character’ or ‘criminal propensity’ of the defendant but is used to show motive, intent, knowledge, modus operandi, or lack of mistake.”

A modus operandi or often referred to as M.O., is defined as habits that are associated with a particular person when performing a particular task. For example, a stock trader applies certain thinking and behaviors when deciding which stocks to buy and sell. A mechanic applies the same set of thinking and actions to fix broken cars. A criminal who has a previous history of committing the same crime over and over again will usually apply the same methods in committing future crimes. So because of this, the law has determined that a prosecutor can use “certain” crimes an accused has previously found guilty of committing as evidence in new cases he or she is accused of committing.

Williams Rule has certain procedural requirements that must be followed before evidence of accused acts or wrongdoings can be admitted in a jury trial:

1. The state must file its intent to offer Williams Rule evidence prior to actually doing so.

2. The intent must be filed at least 10 days before the beginning of the trial.

3. The state must actually describe the evidence that it plans on entering.

4. The accused is entitled to a hearing on the admissibility of the Williams Rule evidence.

5. If a judge decides to admit the evidence then the jury must be instructed about the limited

reason for the introduction of the Williams Rule evidence.

6. The jury must be instructed that they cannot convict the accused solely on the Williams Rule

At times the Williams Rule can cause a jury to be very prejudice so in turn; a defendant can use the “Reverse Williams rule,” which is the showing of evidence of the same crime that was committed by another person.

Though reasons for committing crimes are at times quite simple, our legal system is very complex. An experienced attorney knows the legal system. He or she knows the ins and outs and can navigate through a not so easy court system in a calm demeanor. If you find yourself in a legal ordeal don’t hesitate to call your Miami Criminal Attorney Carlos Gonzalez at (786) 358-6888