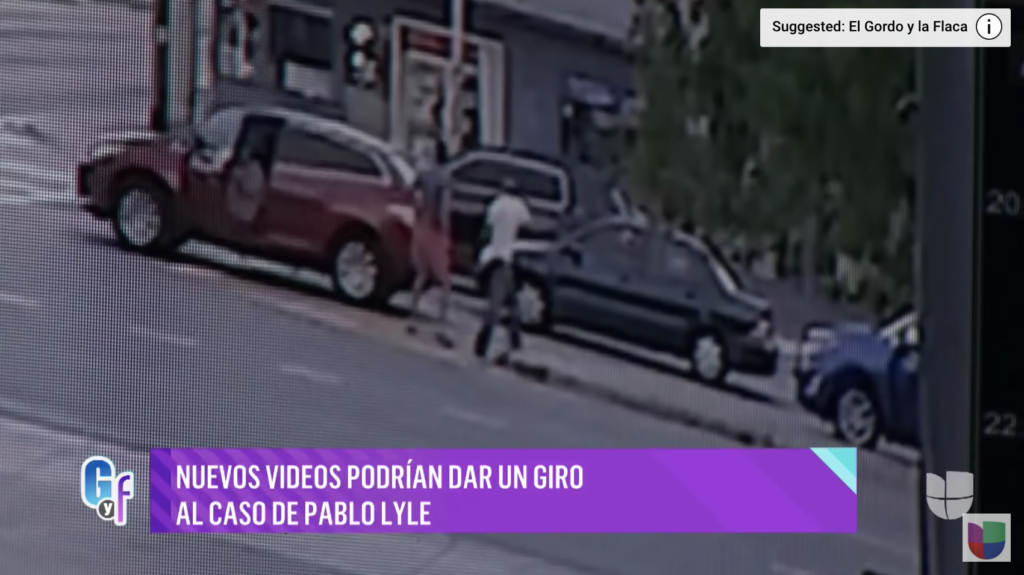 Pablo Lyle is a dashingly handsome Mexican actor who plays roles in some of the biggest telenovelas and Mexican movies. He appeared in ‘Érase una vez,’ a TV crime drama where he played a character by the name of Esteban. His most recent role was in the 2018 comedy called ‘Mirreyes vs. Godinez.’ Pablo Lyle might be known for his acting and being on People en Español’s 50 Most Beautiful List but recently, his face has been on various newspapers for allegedly striking a man during a road rage incident in Miami. A neighboring business actually caught video footage of the entire incident.

The road rage incident occurred while Pablo, his actress wife Ana Araujo, their two children and his brother-in-law (and son) were on their way to Miami International Airport. The brother-in-law, Lucas Delfino was driving the car. Delfino accidentally cut off a 63-year old driver by the name of Juan Ricardo Hernandez. After they had come to a stop at a red light on the intersection of Northwest 27th Avenue and 14th Street, you could see footage of Hernandez getting out of his car and walking to the car Pablo was driving in and banging on the window.  Pablo’s brother-in-law, Lucas Delfino got out of his car and the two began to argue.

While they were arguing, Defino’s car began to move because he had forgotten to put the car in park. He ran back to put the car in park and as he was doing so, Pablo jumped out of the car, ran up to the 63-year old Hernandez and punched him the face. Hernandez immediately fell to the ground. Pablo was initially charged with felony battery but after Hernandez suffered a traumatic brain injury and died four days later at Jackson Memorial Hospital the charges were changed to manslaughter. The Miami-Dade State Attorney’s Office declined a second-degree murder charge but they did admit that Pablo was recklessly for his reactions to Hernandez.  Pablo pleaded not guilty at his arraignment and is currently under house arrest.

We all get into arguments, and we all have gotten inside our vehicles and had to deal with other drivers’ mishaps. According to Safe Motorist.com, “66% of traffic fatalities are caused by aggressive driving, and over a seven-year period, 218 murders and 12,610 injuries were attributed to road rage.” In an article titled ‘The Psychology of Road Rage’ by Psychology Today, experts say that one cause of road is, “It’s hormone-based, primitive, small-brain thinking, bringing a lack of emotional intelligence and the need to dominate someone else and their unsharable space.”

Through our tremendous experiences in the courtroom, we at Carlos Gonzalez Law have become very familiar with road rage cases. It’s a situation that can quickly escalate from bad to worse. It doesn’t matter if you are right or wrong, if you ever find yourself in the midst of a road rage incident, do your best to avoid a confrontation and call the police, then call your lawyer. And if you are ever accused of causing a road rage incident, contact us for the best legal advice and representation.   Carlos Gonzalez Law Abogado Criminalista Miami +1 (305) 205-5926.
I will place the video from here and your other video commentaries with this article.https://www.univision.com/shows/el-gordo-y-la-flaca/nuestro-abogado-experto-tuvo-un-caso-parecido-al-de-pablo-lyle-y-nos-relata-todos-los-detalles-de-la-sentencia-video

How to Respond to a Fatal Florida Traffic Accident
December 18, 2019
Follow Us
Office Location & Contacts
Go to Top